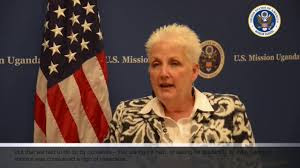 Uganda Pride, which had been expected to take place this month, was cancelled abruptly over the weekend, as LGBT activists said they had been warned they faced arrest if the event went ahead.

One of the event’s organisers Frank Mugisha said it had been “crushed” after threats from Uganda’s minister of ethics and integrity Simon Lokodo. Lokodo has previously publicly threatened to arrest anyone who celebrates LGBT rights in public.

Under Uganda’s archaic penal code, “carnal knowledge against the order of nature” between two males carries a potential penalty of life imprisonment.

The US Embassy in Uganda has condemned the forced cancellation of a Pride event. In a statement, the US Ambassador Deborah R. Malac slammed the Ugandan government.

The statement reads: “The U.S. is disappointed with reports that the Ugandan government has forced the cancellation of LGBTI Pride Week events. Under Uganda’s constitution, all individuals and organisations have right to associate freely in private and in public, without fear. It is responsibility of the Govt to ensure that human rights of all citizens, including LGBTI citizens, are respected and protected”.

Not long ago, gay-friendly Obama's Administration cut aid to Uganda cause its anti-gay law, but that was before... 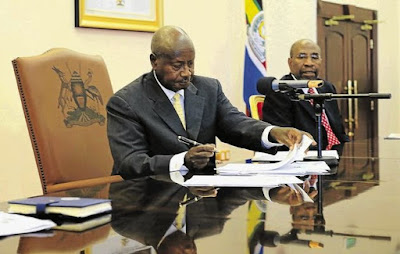