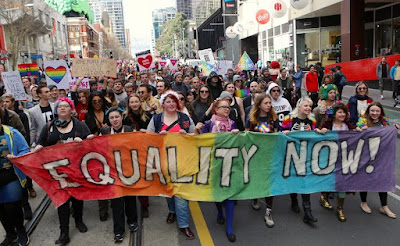 Over 15,000 people attended a rally in Melbourne which would make it one of the largest displays of support for LGBT rights in the country's history.

The rally, which has been held annually in recent years, concluded with a mass wedding of same-sex couples on the steps of the Victorian State Library.

Australians will submit a mail-in ballot this November, which will gauge the nation's views of same-sex marriage. Previous polls have indicated a majority of support.

The vote is nonbinding, meaning that it will not have any immediate legal effect.

In any case, it's time Australia! 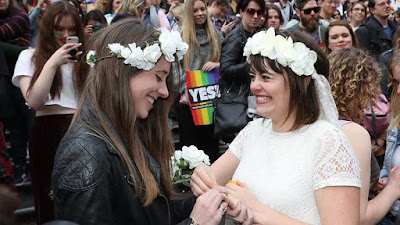