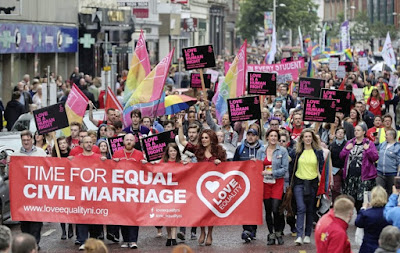 More than 5,000 people have taken part in Belfast Pride Parade. The parade was led by Belfast Mayor Nuala McAllister and was the main event of the nine-day long Pride festival.

Irish Prime Minister Leo Varadkar, the first openly gay in charge, attended the event and told that it is only a matter of time before the law in Northern Ireland can be changed.

This week a rainbow Pride flag has been raised at the UK Government building at Stormont for the first time. The flag was raised beside Stormont House to mark the city’s Pride festival. 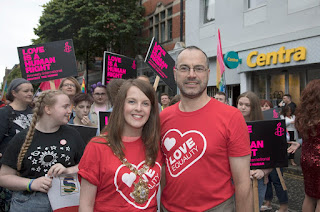 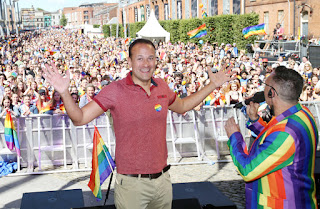 The change is possible!