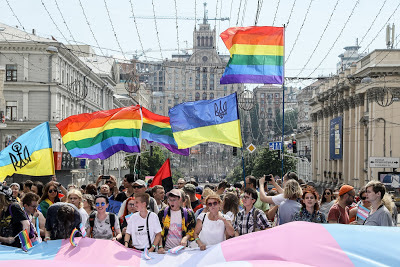 In 2019, the activity of the Ukrainian LGBT community increasingly carried on, but aggressive pressure on it from the far-right nationalist groups did not accordingly decrease. The police quite effectively provided protection for LGBT public actions, but no improvement in investigating hate crimes against LGBTs was recorded.

The Ukrainian authorities and politicians in 2019 were focused on the election campaign and the elections that forced them to distance themselves from LGBT issues. They have not done anything to further the implementation of the LGBT components of the Action Plan on Human Rights.

The position of the newly elected president and parliament regarding LGBT issues remains unclear – but the first steps of the new government did not show any significant differences from the policy in this area followed by their predecessors. Decreasing influence of conservative religious and nationalist political forces gives a cautious hope for faster progress in protecting LGBT people's rights under the new government.

Festivals and marches "to protect the traditional family", organized by religious activists, keep on getting active support from churches, religious and conservative NGOs, but the campaign of electronic petitions and appeals, stating homophobic requirements from local councils to the government, is clearly on the decline. 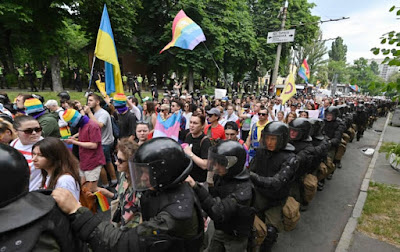 Ukrainian Police has to escort and protect LGBT activists