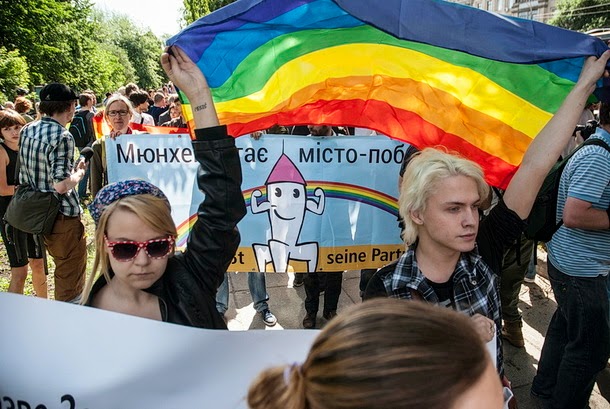 Ukraine’s LGBT activists were hoping a new pro-EU government would distance itself from a homophobic Moscow. Yes, the revolution of last year was about the European Union and a European lifestyle…European values include the LGBT rights.

When the revolution succeeded in ousting Yanukovych, many gays were hopeful that Ukraine would further distance itself from Moscow, where homophobia has become official state policy. But now Ukraine’s activists are facing an unanticipated obstacle in their quest: the European Union itself.

This week, Ukraine’s Justice Minister announced that the EU had dropped a demand requiring the inclusion of sexual orientation in an anti-discrimination bill. Passage of such a law should be necessary in order for Ukrainians could travel freely throughout the 28-nation European bloc.

This has put Ukrainian gay activists in a bind. Committed to creating a society more accepting of homosexuality, they fear that raising the specter of gay rights, particularly at this politically sensitive moment, gives Moscow an easy propaganda hand to play.

Since the Russian Parliament’s unanimous passage of a law last summer banning the propaganda of non-traditional sexual relations to minors, Russia's President Vladimir Putin has articulated a vision for his country leading an alliance of conservative nations.

To take a case in point, a pro-Russian organization put up posters declaring that association with the EU means to allow same-sex marriage and pride parades in Ukraine.

The fight over gay rights within Ukraine is playing out amidst a broader geopolitical struggle between Russia and the West, in which attitudes towards homosexuality are moving towards center stage. Remember that homophobia is deeply ingrained in Ukraine, where a 2013 poll found a full 80% of citizens holding negative attitudes towards homosexuality.

Gay activist were murdered by Yanukovych's security forces as other many fellow protesters during revolution for the same goals, I only hope that now their struggle was not in vain. 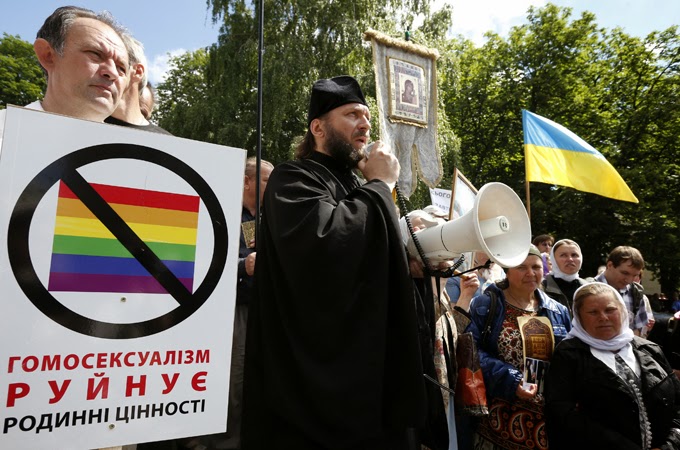 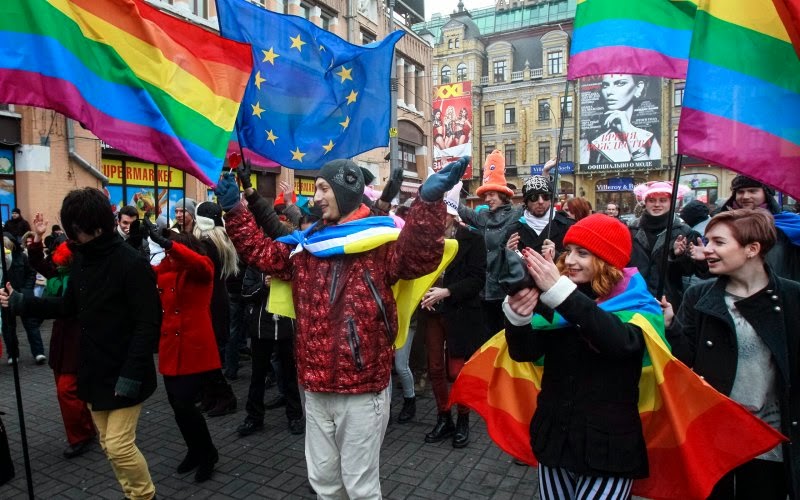