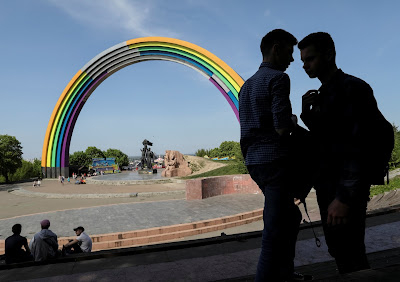 The likelihood of a “gay propaganda” law coming to fruition in Ukraine has been temporarily quashed by the country’s anti-discrimination Ombudsman.

Aksana Filipishyna, who is the non-discrimination and gender equality Ombusdman in the country, has demanded the removal of a petition vying for the creation of a “gay propaganda” law, which had accrued 23,000 signatures. ﻿

The petition claimed that “non-traditional sexual orientation of parents have a terrible influence on children’s future life.” It also claimed that adoption by homosexuals was “an act of violence against these children”.

Citing Article 68 of Ukraine’s Constitution, Filipishyna ruled that the petition “encroached upon the rights and freedoms, honour and dignity of other persons”.

“This petition calls to restrict human rights and elements of incitement to restrictions on the basis of sexual orientation and gender identity, belonging to the LGBT community,” wrote Aksana Filipishyna.

When the revolution succeeded in ousting Yanukovych, many gays were hopeful that Ukraine would further distance itself from Moscow, where homophobia has become official state policy. But now Ukraine’s activists are facing similar problems that LGBT people in Putin's Russia. 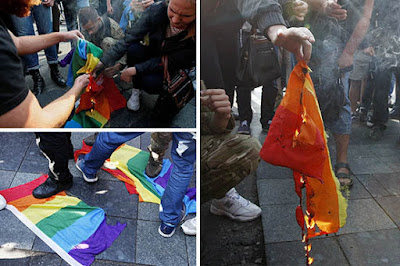