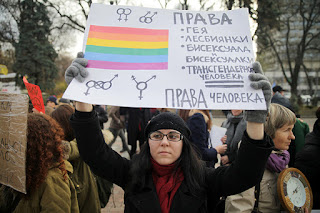 Ukrainian lawmakers have approved a bill that bans discrimination against gay people in the workplace.
The bill banning discrimination against gay people in the workplace had been rejected on four previous attempts, reflecting a strong opposition from those in parliament but, with this legislation, Ukraine wants to help pave the way for visa-free travel between the country and the European Union.
The 450-seat parliament approved the bill with 234 votes. The Ukrainian president, Petro Poroshenko, hailed parliament’s action as a historic move that brought the nation close to its longtime goal of winning the visa-free regime.
While Ukraine rejected a “gay propaganda” ban similar to Russia’s, LGBT people in the country still face discrimination. Even in Kiev, which has a sizable queer community, threats of violence have canceled Pride parades in recent years.

I celebrate this step but there is much to be done. 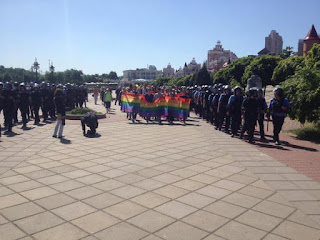 Police has to protect LGBT activist in the Kiev's pride parade