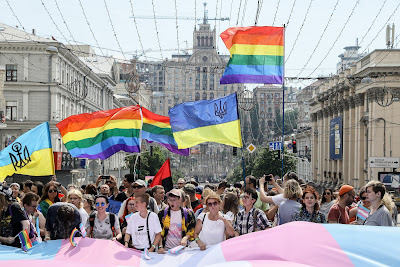 Thousands of supporters of LGBT rights have marched through the center of Kyiv, the Ukrainian capital, under a heavy police presence to separate them from opponents. Several Ukrainian politicians and Western diplomats have also attended the event.

They marched in the center of the capital while waving rainbow and Ukrainian flags as thousands of police and National Guard troops stood by to ensure order. Organizers of the "March of Equality" said about 8,000 people took part in the event, the biggest and most peaceful ever in the former Soviet country.

Organizers said that their goal is to promote full respect for the LGBT minority. The Pride parade has been held in Kyiv since 2016 amid protests by opponents, including right-wing activists and representatives of religious organizations.

Several people protesting the march scuffled with police as the march assembled. Others stood along the route, shouting and holding a banner reading “Sodomy is the road to hell.” Police said that nine people were arrested yesterday on suspicion of preparing provocations against participants, but police said they had seen no reason to detain anyone today during the march.

The government has increased support for LGBT rights since a Western-backed leadership came to power in 2014, but critics say homophobic attitudes remain relatively widespread. Ukrainian President Volodymyr Zelenskiy, a former comedian who took office last month, wants to promot a tolerant culture, saying he stands for all people’s equality and freedom. 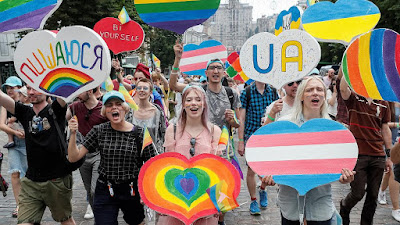 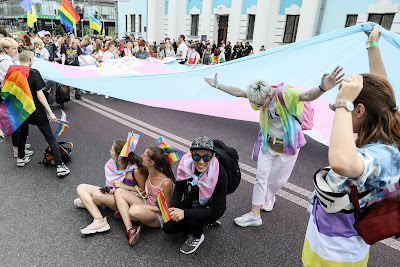 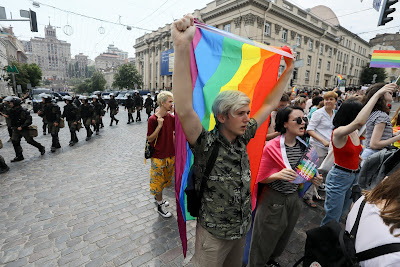 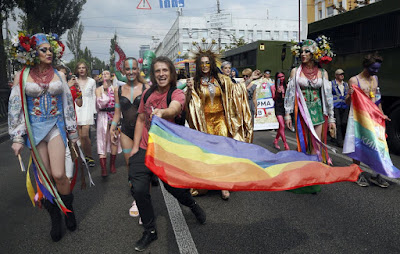 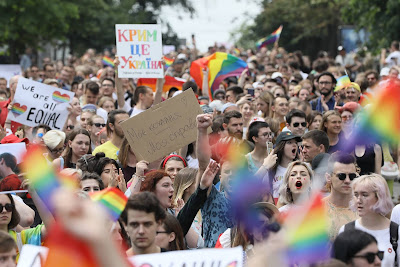