A new campaign in Ukraine to speak properly about gay issues 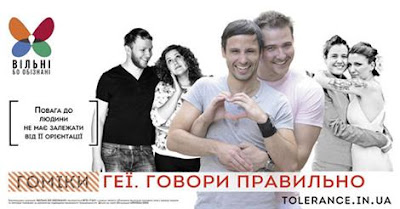 A new campaign in Ukraine hopes to change the way people address LGBT issues, calling for people to “speak properly”. Billboards urge people to use the word ‘gay’ instead of ‘faggot’.
The campaign, which has come under fire from the Russian media, calls for equality for LGBT people, Jewish people, Roma people, women, disabled people and those living with HIV.
One billboard includes the word “homos’ in Ukranian, crossed out, with the word: “Gays”. It goes on to say: “Use the right word.” Another reads: “AIDS-ridden”, crossed out and replaced with “HIV-infected. Use the right word.”
Nice initiative! 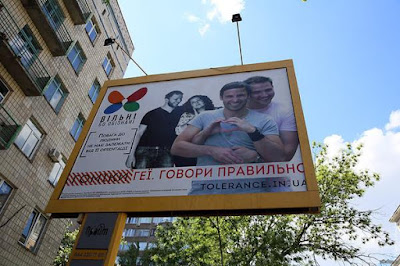 A billboard for tolerance in Kiev 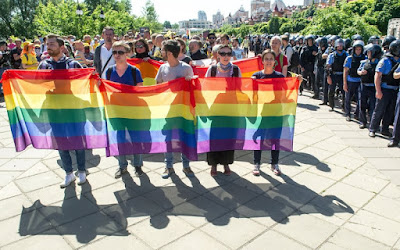