The House of Commons backs same-sex marriage for Northern Ireland 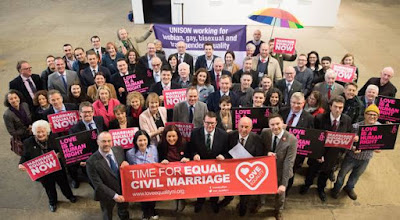 Under an amendment approved by the House of Commons, Northern Ireland Secretary Karen Bradley must make regulations to change the law by 21 October this year, unless a new power-sharing executive has been created by that point.

Northern Ireland is the only part of the UK where gay and lesbian couples cannot marry, after same-sex weddings were legalised in England and Wales in 2013 and in Scotland the following year. The first same-sex marriages in the Republic of Ireland took place in 2015, after the country voted for reform in a referendum.

Despite growing pressure for reform in Northern Ireland, changes in a devolved issue have been rendered impossible by the collapse of the power-sharing executive in January 2017. 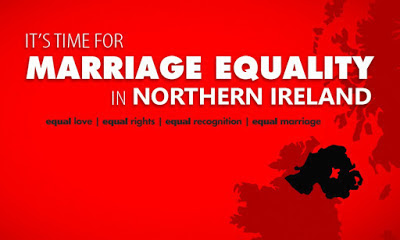