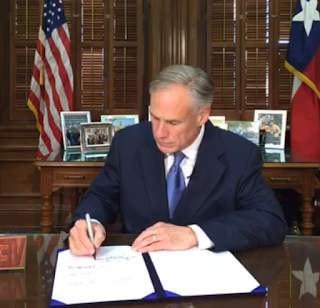 Texas Gov. Greg Abbott has signed into law legislation that would enable taxpayer-funded adoption agencies to refuse to place a child with LGBT families out of religious objections.

The legislation, House Bill 3859, forbids government agencies or contractors from taking “adverse action” against an agency that “has declined or will decline to provide, facilitate, or refer a person for child welfare services that conflict with, or under circumstances that conflict with, the provider’s sincerely held religious beliefs”.

Many child placement agencies are religious institutions, such as Catholic adoption agencies. Under the new law, these agencies could be free to deny placement to an LGBT family, or Jewish people, Muslims and single parents, based on religious beliefs.

The new law also prohibits the state from taking adverse action against adoption agencies for providing children with a religious education, which observers have interpreted as allowing agencies to engage in widely discredited conversion therapy. Further, the law allows agencies to decline to refer a person to abortion or contraception-related services.

Abbott might not be done signing anti-LGBT legislation anytime soon. He called for a special session of the legislature starting July 18 to pass a bill that would inhibit transgender people from using public restrooms consistent with their gender identity. 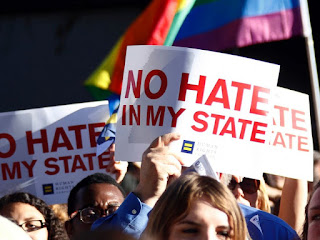