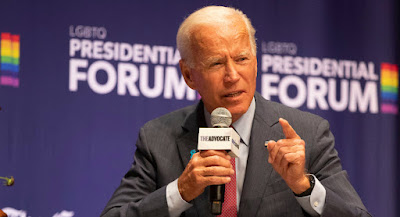 The Republican-dominated Senate Education Committee in Florida, has given initial approval to a controversial proposal that critics have dubbed the “don’t say gay” bill because it could curtail school discussions about sexual orientation and gender identity.

Bill that has been introduced in the Florida House and Senate state: “A school district may not encourage classroom discussion about sexual orientation or gender identity in primary grade levels or in a manner that is not age-appropriate or developmentally appropriate for students.”

That language is a small portion of the bill, which backers say will protect parents’ oversight over their children’s education. Opponents say the legislation will further marginalize LGBTQ students and possibly force teachers to out students to their parents.

Biden’s Administration has issued a strong statement against this legislation pending in Florida, placing itself squarely in the opposition camp:

“Every parent hopes that our leaders will ensure their children’s safety, protection, and freedom. Today, conservative politicians in Florida rejected those basic values by advancing legislation that is designed to target and attack the kids who need support the most, LGBTQI+ students, who are already vulnerable to bullying and violence just for being themselves."

Chasten Buttigieg, a former teacher who is married to Secretary of Transportation Pete Buttigieg, has also spoken out against the bills as well, as have several other LGBTQ leaders. Until when, Gov. DeSantis?