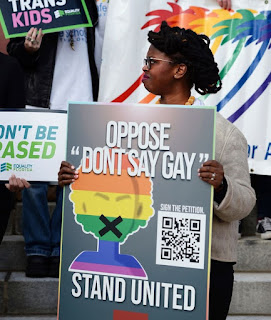 The Republican-dominated Florida House passed an education measure that would prohibit instruction about sexual orientation and gender identity in early grades. House members voted 69-47 to approve the bill (HB 1557), with six Republicans joining Democrats in opposition. The proposal have dubbed the “Don’t Say Gay” bill by critics.

The bill states: “A school district may not encourage classroom discussion about sexual orientation or gender identity in primary grade levels or in a manner that is not age-appropriate or developmentally appropriate for students.”

The bill prohibits schools from any discussion of LGBTQ topics in lower grades, but is written so vaguely that it could be interpreted to ban Gay/Straight Alliances and other discussions in upper grades, and could even force teachers to remove pictures of their same-sex spouse from their classrooms, a burden heterosexual teachers avoid.

“It sends a terrible message to our youth that there is something so wrong, so inappropriate, so dangerous about this topic that we have to censor it from classroom instruction,” Rep. Carlos Guillermo Smith, a Democrat who is gay, told lawmakers in the House before the measure passed.

Biden’s Administration issued a strong statement against this legislation pending in Florida. 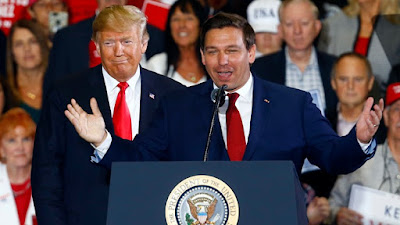