Gay Couples Can Marry in New Jersey From Monday 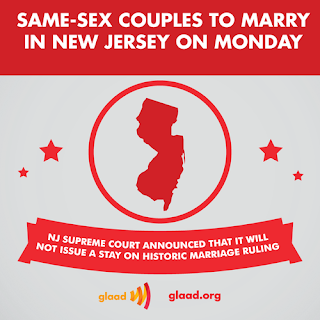 The Supreme Court of the U.S. state of New Jersey has given the go ahead for same-sex marriages to begin on Monday.

The Court has rejected an appeal made by Republican Governor Chris Christie over an earlier ruling that banning same-sex couples from marrying broke the state’s constitution.

Chief Justice Stuart Rabner wrote in the judgment: "The State has advanced a number of arguments, but none of them overcome this reality: same-sex couples who cannot marry are not treated equally under the law today. The harm to them is real, not abstract or speculative".

After the decision, Steve Fulop, mayor of Jersey City, has said his city is ready to issue marriage licenses to gay couples on Monday.

Great news from the Garden State! 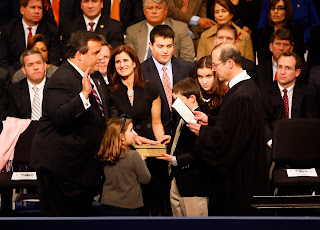 Gov. Christie taking the oath of office
from Chief Justice Rabner in 2010