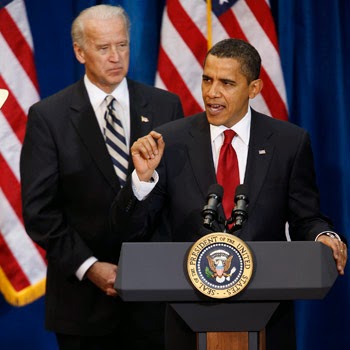 When Vice President Joe Biden voiced support for marriage equality back in May 2012, he threw the White House staff into a panic and forced President Obama’s hand on the issue, says a new book, Forcing the Spring, by prize-winning journalist Jo Becker.

Biden's marriage equality endorsement was no trial balloon, but it forced the president to take a pro-equality stand.

Biden has backed equal rights for the LGBT community throughout his career, and he has publicly acknowledged his support of full marriage rights.

He said: "Who do you love? Who do you love and will you be loyal to the person you love? And that’s what people are finding out what all marriages at their root are about. Whether they are marriages of lesbians or gay men or heterosexuals.  And he added: "I am absolutely comfortable with the fact that men marrying men, women marrying women and heterosexual men marrying women are entitled to the same exact rights. All the civil rights, all the civil liberties. And quite frankly I don’t see much of a distinction beyond that".