A federal judge in Ohio has ordered that the state must recognizing same-sex marriages legally performed in other jurisdictions.

"The record before the court, which includes the judicially-noticed record in Obergefell, is staggeringly devoid of any legitimate justification for the State’s ongoing arbitrary discrimination on the basis of sexual orientation, and, therefore, Ohio’s marriage recognition bans are facially unconstitutional and unenforceable under any circumstances”, Judge Black ruled. 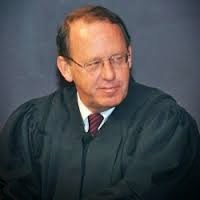