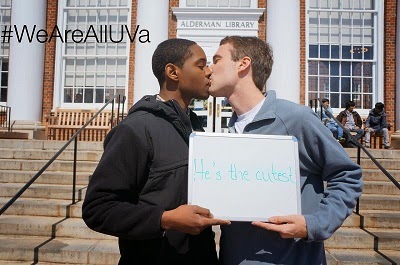 Students at the University of Virginia have started a photo campaign #WeAreAllUVa hoping to show togetherness and acceptance.

One of the campaign’s creators said: "Diversity includes the differences we can’t see. It’s more than race and ethnicity. Diversity is meant to be an inclusive concept; the point of challenging it is that it can be a very polarizing conversation".

One student who took up the challenge was Parker Camp, a swimmer, who publicly came out as gay last year. He asked four other teammates to join him for the photo which reads: 2 of us are gay, the other 3 don’t care. 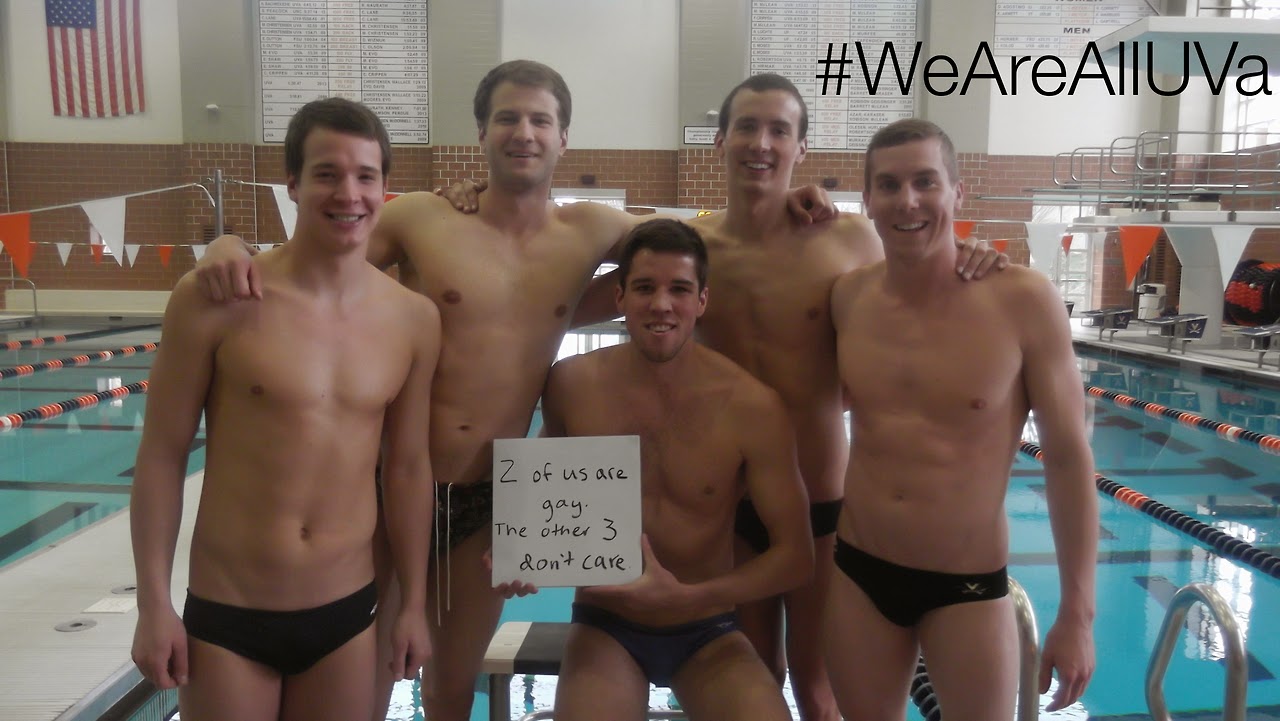 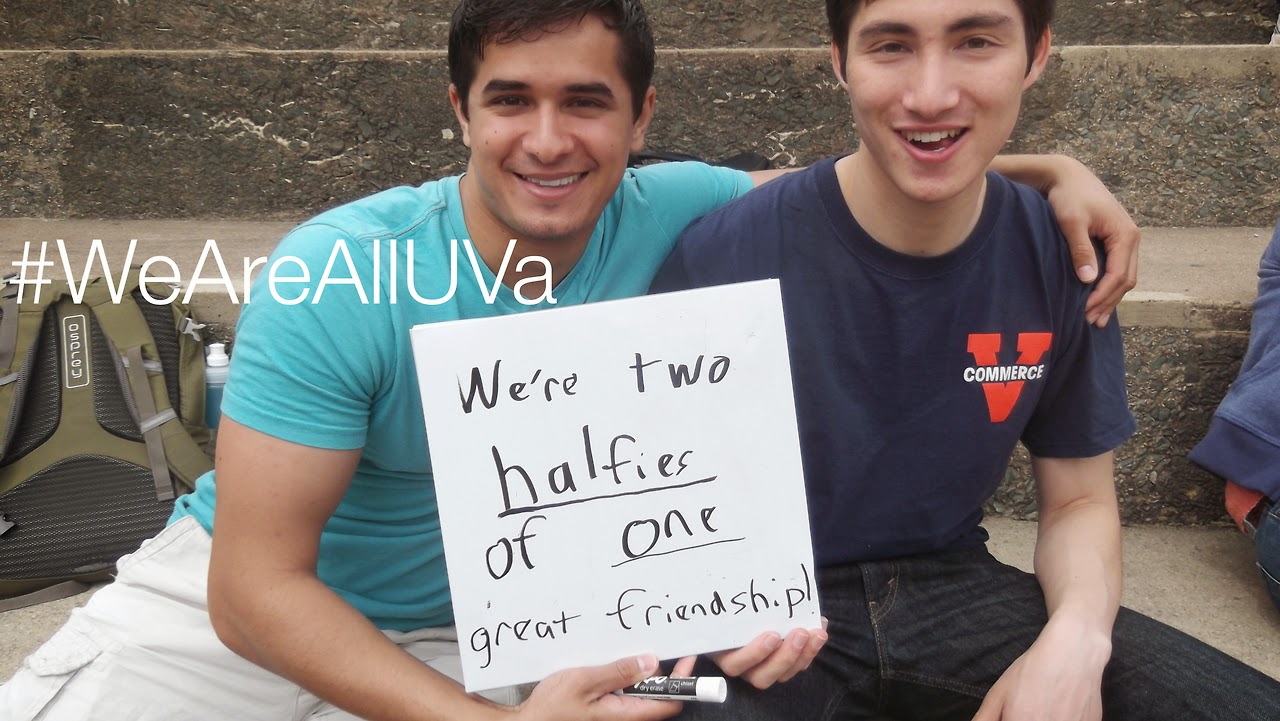