300 cycles riding for the Third Viet Pride in Hanoi 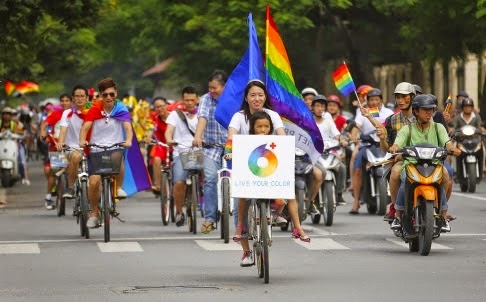 Around 300 people decorated their bicycles and scooters with rainbow flags and took to the streets of Hanoi for Vietnam’s annual LGBTI pride festival on Sunday.

Protests of any kind are highly controlled by authorities. However the Viet Pride festival was able to be held without interference from officials for a third year in a row.

The Vietnamese Government recently backed away from plans to allow same-sex couples to marry, though holding a non-legally binding same-sex wedding has not been illegal since September of last year. 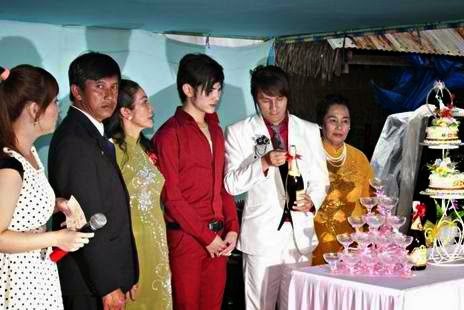 Gay couple got married in Vietnam,
though same-sex marriage is out of law