NFL will have zero tolerance for use of anti-gay slurs 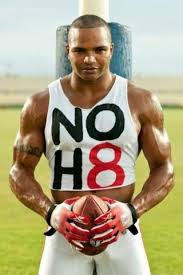 In a video shown to all players during training camps this summer, the National Football League announced harsh penalties for players who use anti-gay slurs next season.
NFL Vice President Dean Blandino said: "We want to stress that there will be zero tolerance for unsportsmanlike conduct, particularly verbal abuse directed at an opponent".
Blandino also said: "The use of abusive, threatening or insulting language directed at opponents, teammates, game officials or representatives of the league is covered under unsportsmanlike conduct in the playing rules. This includes racial slurs, comments regarding sexual orientation or other verbal abuse".
And he added: "So have your competitors and game officials. Respect them. No amount of emotion should give way to demeaning and offensive language or actions in our workplace. That includes the locker room, on the practice field, during a game or when travelling as a team".
The NFL has appeared to be making an effort to quell intolerance since the Rams drafted openly gay rookie Michael Sam.