Four U.S. State Bans of Same-Sex Marriage in the Dock 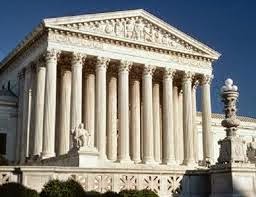 Sixth Circuit Court of Appeals in Ohio will rule on cases in Ohio, Michigan, Kentucky and Tennessee.
A three-judge panel of the U.S. Sixth Circuit Court of Appeals in Cincinnati heard oral arguments in six cases challenges gay marriage bans in four different states.
The judges will be deciding whether to uphold rulings by various federal judges in lower courts who ruled that the marriage bans in Michigan, Tennessee, Kentucky and Ohio are unconstitutional.
Rulings are not expected for a few more weeks.
Judges should understand that the denial of marriage is both unjust and unconstitutional. 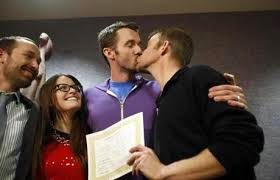 Currently, twenty-one states and the District of Columbia
have legalized same-sex marriage in U.S.