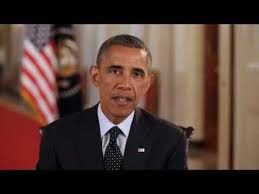 U.S. President Barack Obama welcomed the thousands of participants at Gay Games 9, which kicked off this weekend in Cleveland.
In a video shown at Quicken Loans Arena's opening ceremony, Obama mentioned that the last games were held in his hometown of Chicago in 2006, and he says many LGBT rights have advanced since then. But he also acknowledged competitors who traveled from places where being open is not very easy.
The 2014 Gay Games presented by the Cleveland Foundation is one of the most inclusive sports & cultural festivals in the world and comes to Cleveland and Akron, since 9 to 16 August. The Games are open to all adults regardless of their sexual orientation or athletic ability.