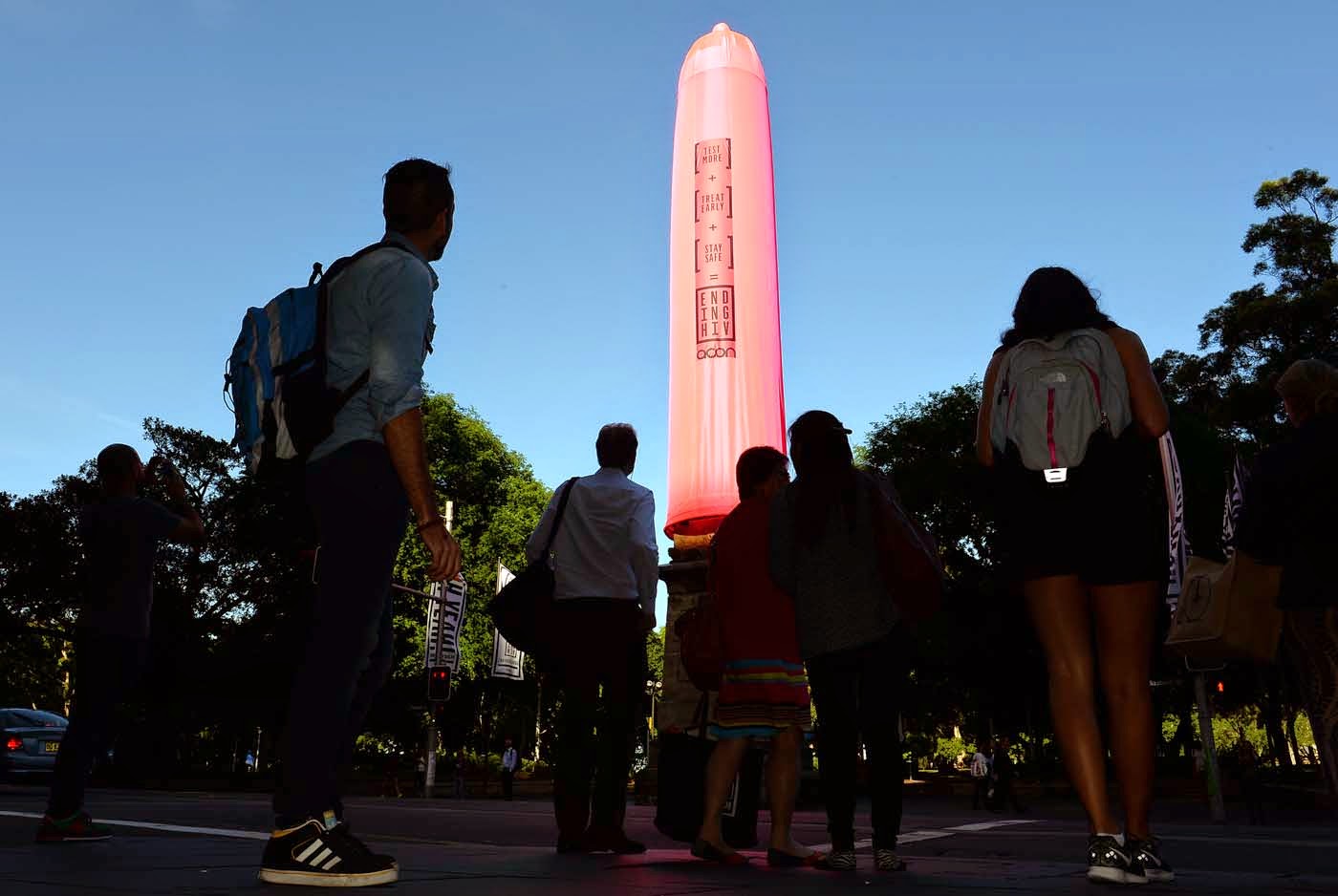 An 18m (60-foot) pink condom has been erected in Sydney to promote condom use among gay men in the lead up to World AIDS day in December.

The installation is the climax of safe sex education campaign launched by the AIDS Council of New South Wales, in Australia. Nicolas Parkhill, Council´s CEO, said while new drugs are starting to provide other means of protection against HIV, condoms remain remain one of the most effective ways of preventing HIV transmission.

Remember to use condoms when you're having high-risk sex with casual partners, particularly in situations where a partner's HIV status isn't known. 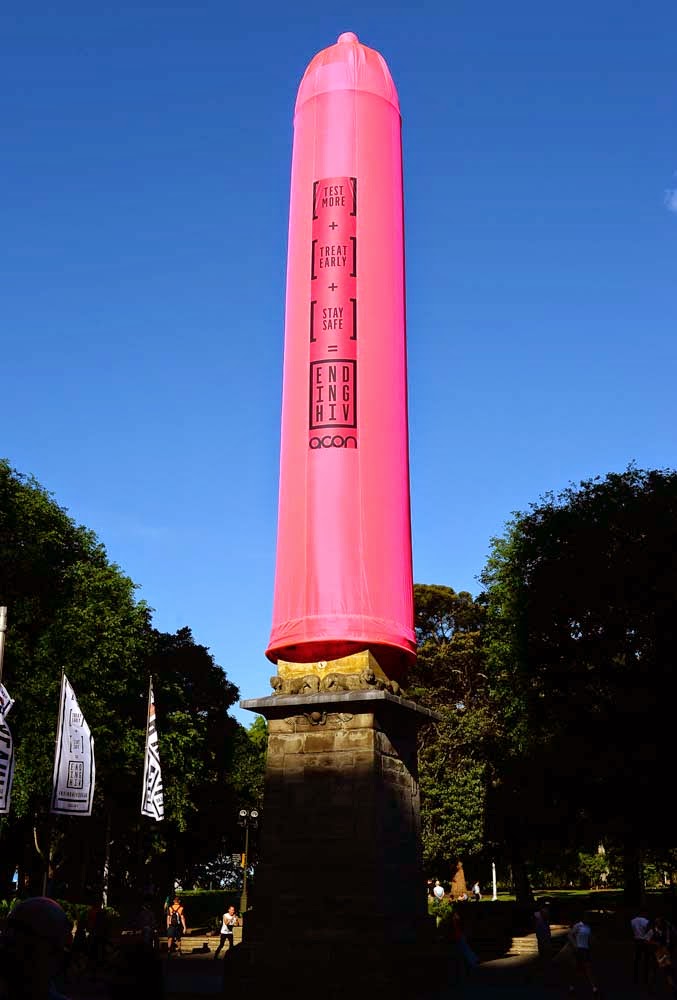 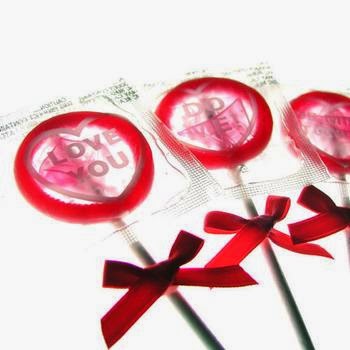