New Study Confirms that Homosexuality's Acceptance is growing in the World 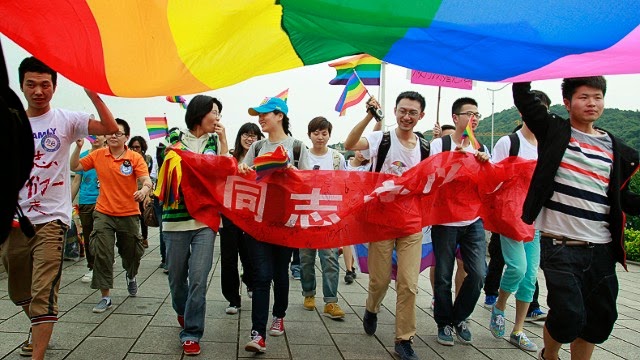 In a new study, findings suggest acceptance of homosexuality has risen in 90% of countries surveyed over the last 20 years.
Social researchers at NORC at the University of Chicago and the LGBT think-tang Williams Institute at UCLA said acceptance has grown by an average of 0.9% annually by nation.
Andrew Park, director of International Programs at the Williams Institute, said: "This study shows a clear trend toward increasing acceptance across the globe".
Looks like the world has become a far more acceptable to be gay. Why I am not so optimist about that? 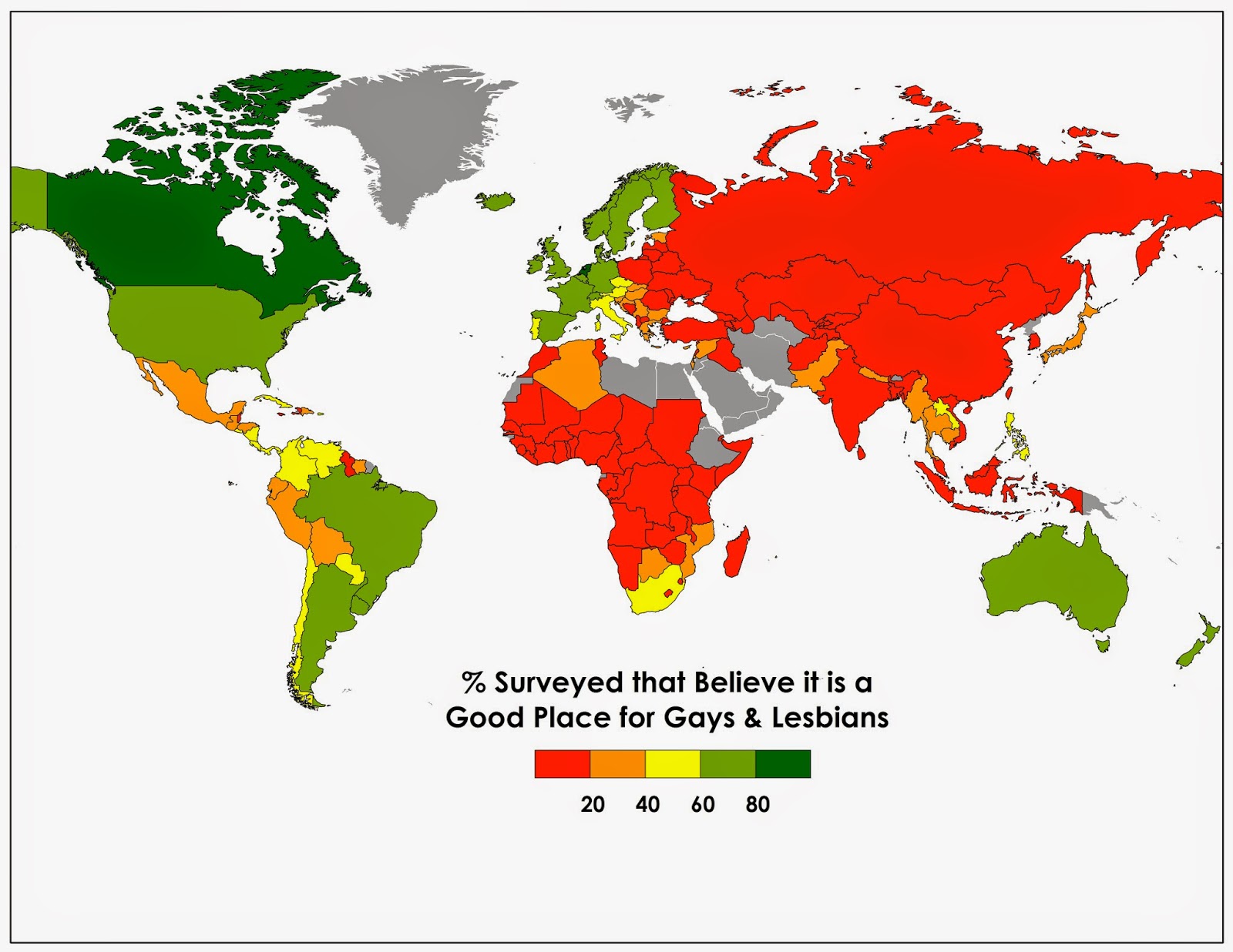 Too much red in this map yet