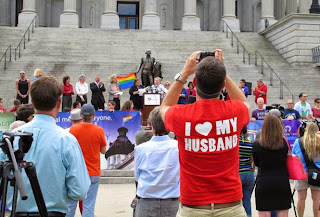 U.S. District Judge Richard Mark Gergel ruled today that the ban on the recognition of same-sex marriage, aside from marriage between a man and a woman, is unconstitutional.
In his ruling, Judge Gergel wrote that the state’s ban on gay marriage "unconstitutionally infringe on the rights of Plaintiffs under the Due Process Clause and Equal Protection Clause of the Fourteenth Amendment of the United States Constitution, and are invalid as a matter of law".
He added: "While a party is certainly free to argue against precedent, even very recent precedent, the Fourth Circuit has exhaustively addressed the issues raised by Defendants and firmly and unambiguously recognized a fundamental right of same sex couples to marry and the power of the federal courts to address and vindicate that right".
Judge Gergel will stay the decision until next Thursday, November 20, when couples will be able to begin to marry, unless the state takes action to halt the ruling in the meantime.
Welcome to South Carolina to the right side of love. 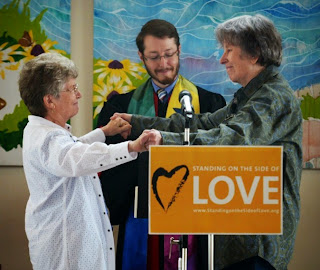 Soon this will be possible in South Carolina