Japan’s Democratic Party has drawn up an LGBT nondiscrimination bill it plans to put forward in January.

The bill calls on the government to encourage companies to take appropriate measures to eliminate discrimination against LGBT people and disclose the names of companies that fail to follow its instructions.

When considering promotion, companies must not give discriminatory treatment to employees based on their sexual orientation.

Also called for is the promotion of school education and consultations on sexual minorities and related issues. 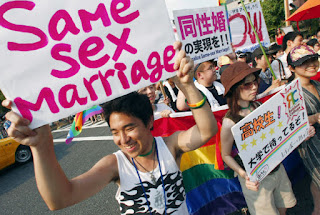