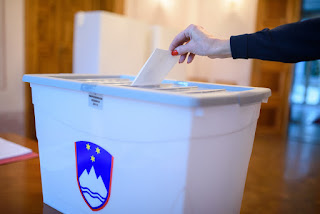 Slovenians have voted today against same-sex marriage in a referendum.

The Slovenian’s Parliament passed a bill to legalise same-sex marriage earlier this year, to outcry from parts of the Slovenian public. Despite this, a referendum was forced after campaigners against the law gathered 80,00 signatures.

A sad step back in the central European country for LGBT rights.