Church of Scotland could allow married gay people to be minister 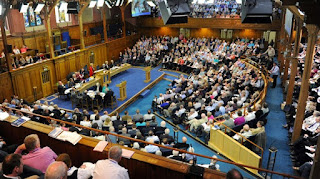 The Church of Scotland’s General Assembly will debate whether married gay people should be able to be ministers.
The Assembly will discuss the matter in May 2016, and is based on a decision by a majority of Presbyteries who voted approve an Overture amending the Ministers and Deacons in Civil Partnerships Act.
Despite the Church in 2015 approving legislation to allow individual congregations to allow ministers or deacons in civil partnerships, those in same-sex marriages remained banned.
An amendment was proposed which would extend permission to allow congregations to consider inducting or appointing a minister or deacon who was in a same-sex marriage.
Last May, Church of Scotland voted to admit openly gay and lesbian people to become ministers.