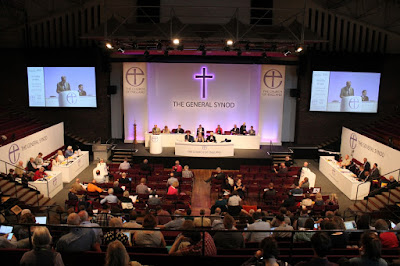 A day after the Anglican Church of Canada narrowly voted not to authorize gay unions, questions about the integrity of the voting process emerged Tuesday, leading to a reversal of the result with the church approving the measure.

More than 200 delegates attending the six-day General Synod 2016 narrowly rejected the resolution Monday night after hearing from more than 60 speakers, most of them in favor of gay marriage.

However, on Tuesday, the last day of the triennial conference, some members stood up to say their ballot had not been recorded during voting late Monday, when the resolution failed to pass by a single vote.

Delegates requested a detailed hard copy of the electronic voting records, which lead to a recount. Archbishop Fred Hiltz, primate of the church then declared the resolution in favor of same-sex marriage passed.

Dr. Michael Thompson, the general secretary of the church, said that the electronic voting system the church used had miscoded his electronic vote. “I was listed, and my vote was counted as a lay person instead of a priest. This one vote changed the outcome of the resolution…to amend the marriage canon”, said Thompson.