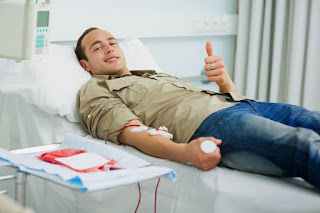 France has finally lifted its permanent ban on men who have sex with men donating blood.

Enacted during the 1980s as a reaction the AIDS crisis, under current rules any man who has had sex with a man ever was banned from giving blood due to safety fears. After studies, no justifiable evidence was found for the lifetime ban,

The move was announced by the health minister Marisol Touraine promising to tackle a taboo and discrimination. She affirmed that “no blood donors can be refused based on their sexual orientation”.

Giving blood is an act of generosity, and civic responsibility. It's time to end this stigmatization of gay and bisexual men.