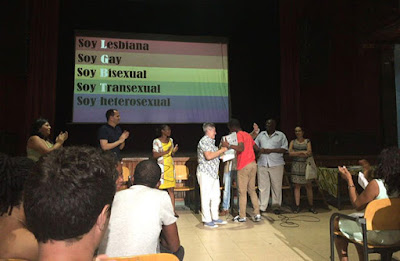 The Spanish Cultural Centre of Malabo, the capital of Equatorial Guinea, has organized the “First LGBT Week” in order to address for the very first time the problems and issues suffered by LGBT people. It has been an open initiative where public administrations, NGO’s and members of local, and international, civil society have been working together.

The Spanish NGO “Fundación Triángulo” participated in this project through its International Cooperation Area. Its work consisted on the organization of several worshops: Training for Trainers, LGBT culture & cinema, and Health/HIV. They had the support of Embassies of Spain, France, Germany and the U.S.

Remember homosexuality is persecuted in Africa by imprisonment or death in 33 of its 54 countries. As regards in Equatorial Guinea, a small West African country of Spanish heritage, relations between people of the same sex are not penalized: their legislation does not cover crimes related to sexual orientation and does defend the right to non-discrimination on grounds of race, sex, religion and other circumstances.

One ray of hope for LGBT people in Africa. 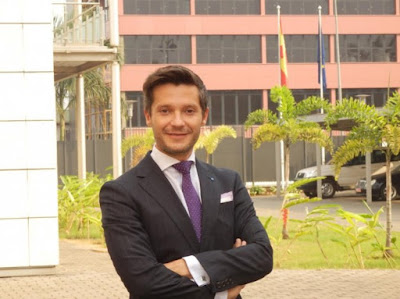 Luis Melgar, a gay Spanish diplomat, has been one of the promoters of this week