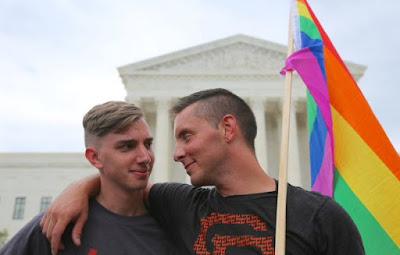 According to figures compiled by Tony Pitman, an Australian activist, over one billion people worldwide now live in jurisdictions with legal same-sex marriage.

“The turning point came a few weeks ago when Colombia and then several Mexican states all achieved marriage equality within a few days.That pushed us up over a billion for the first time in history”, said Pitman.

“When you think that the first ever same-sex marriages took place in the Netherlands in 2001, that means we’ve gone from zero to a billion in just 15 years. That’s an extraordinary rate of social progress. We’re witnessing an historic shift on a truly global scale”, he added.

The U.S. is the most populous country to boast marriage equality, with 328 million citizens. It’s then followed by Brazil, with 206 million, and France, with 67 million. Although, see that one billion is only about 14% of the current global population.

See his figures below. 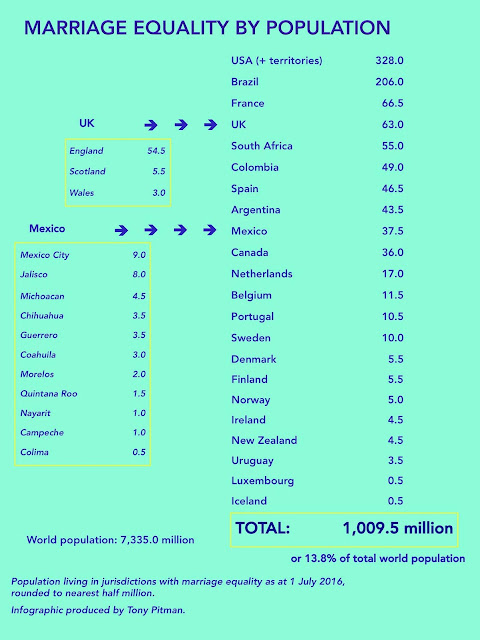