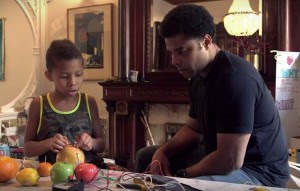 Countless parents of transgender youth are pledging to make the world safer for their children.

HRC Foundation, the educational arm of LGBT advocacy group Human Rights Campaign, is proud to release a video highlighting some of the spectacular dads who are standing up and speaking out in support of their trans kids.

Fathers featured come from across the US, including North Carolina the state that passed a much-criticized bill (known as HB2) that prohibits any local ordinances granting anti-discrimination protections based on sexual orientation or gender identity. In addition, it requires people to use public restrooms and locker rooms that correspond with their sex assigned at birth.

Watch the awesome video below.