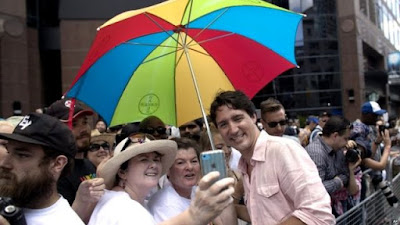 Trudeau has attended Pride parades in Toronto and Vancouver for years, but never as leader of the country. He announced earlier this year that he looked forward to being there again, “this time as PM”, he said.

Trudeau has shown himself as a keen supporter of equal rights since being sworn into office.

The Canadian city hosts the most vibrant and inclusive Pride festival in North-America, this year with theme: “You can sit with us”.

This year’s jubilee is tinged with sadness, in light of the devastating shooting that took place at Pulse nightclub, a gay bar, in Orlando. The parade will be dedicated to the 49 victims of the mass shooting. 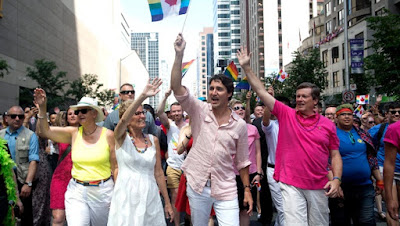