Supporting LGBT rights for over 30 years 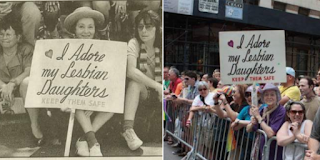 While stories of acceptance are thankfully far more commonplace nowadays, coming out in 1970 was a very different story for most.

But when Francis Goldin’s two daughters came out as gay, she immediately became an ally and a defender of not only her daughters but LGBT people everywhere.

Now 92, Francis has reportedly been attending New York Pride for over 30 years, and has brought the same sign out over and over again in support of her daughters and the wider LGBT community. 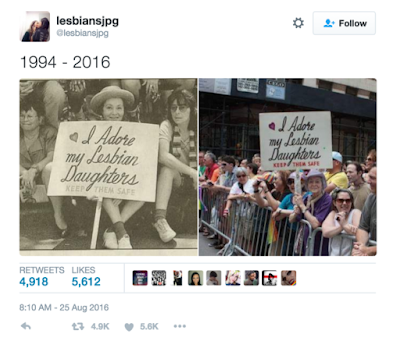