A new petition to legalise same-sex marriage in Northern Ireland 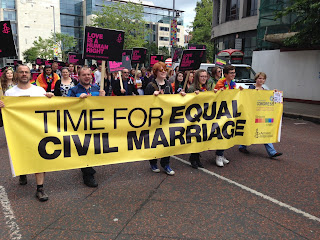 Over 20,000 people have signed a petition to legalise same-sex marriage, which has been presented to the Northern Ireland Assembly at Stormont.

A demonstration calling for the introduction of marriage equality will also be held on the steps of Parliament Buildings.

The Northern Irish Assembly backed equal marriage by a vote of 53 to 51 last year.

However, the public is clearly losing patience on the issue, with polls finding that support for equality has reached record heights.

Northern Ireland is the only part of the UK yet to pass legislation enabling gay couples to get married. Same-sex marriage was legalized in England, Wales and Scotland. 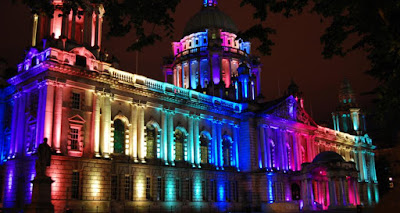 Parliament building in Belfast during the Pride fest
More rights than lights!