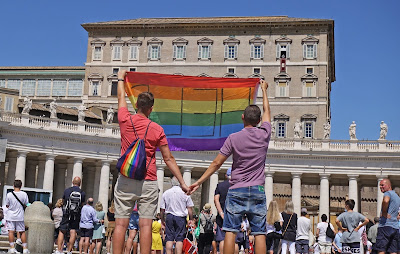 The Vatican said that priests cannot bless same-sex unions and that such blessings are not valid, in a ruling that greatly disappointed gay Catholics who had hoped their Church was becoming more welcoming under Pope Francis.

In some countries, such as the United States and Germany, parishes and ministers have begun blessing same-sex unions in lieu of marriage, and there have been calls for bishops to de facto institutionalize these.

In response to formal questions from a number of dioceses on whether the practice was allowed, the Vatican's doctrinal office, the Congregation for the Doctrine of the Faith (CDF), issued the ruling: The Church does not have the power to bless same-sex unions. Such blessings, therefore cannot be considered licit.

The ruling does not preclude the blessings given to individual persons with homosexual inclinations who manifest the will to live in fidelity to the revealed plans of God as proposed by Church teaching.

The response, approved by Pope Francis, noted a fundamental and decisive distinction between gay individuals and gay unions, saying that the negative judgment on the blessing of unions of persons of the same sex does not imply a judgment on persons.

Gay people must be treated with dignity and respect, the decree said, upholding the church’s welcoming and blessing of gay people. However, it said that their unions could not be blessed as any such sacramental recognition could be confused with marriage, which is a lifelong union between a man and a woman intended for the sake of creating new life.

A Pew Research survey last year showed that a majority of Catholics in the United States and Western Europe approved of gay marriage while a majority in Eastern Europe and former Soviet-bloc countries opposed it. 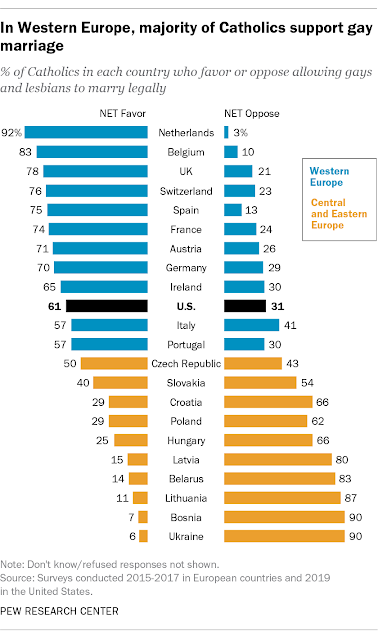