Head of the German Bishops' Conference, doesnot like the Vatican's ruling against same-sex blessings 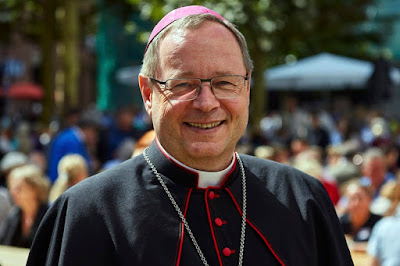 A prominent Catholic clergy in Germany have spoken out against the recent ruling from the Vatican that said the Catholic Church would not bless same-sex unions.

Georg Bätzing, Bishop of Limburg and head of the German Bishops' Conference, said in a statement: "A document that in its argumentation so blatantly excludes any progress in theological and human scientific knowledge will lead to pastoral practice ignoring it." And he added: "We need a re-evaluation of same-sex partnerships and a further development of the church's sexual morality."

Several German Catholic theologians and clergy have also mobilized against the ruling. According to a statement put together by the Catholic Theological faculty at Munster University, and signed by 266 theologians, the ruling "is characterized by a paternalistic gesture of superiority and discriminates against homosexual people and their lifestyles. We decisively distance ourselves from this position."

They are not the only ones. The Global Network of Rainbow Catholics (GNRC), a network of more than 40 organisations supporting LGBT Catholics around the world, said: “This document is indeed a reactionary cry in response to the fresh air that is filling the Church from those parishes and lay communities around the world where blessings for same-gender couples are already a factual reality."

A lot of Catholics are changing faster than Church hierarchy. 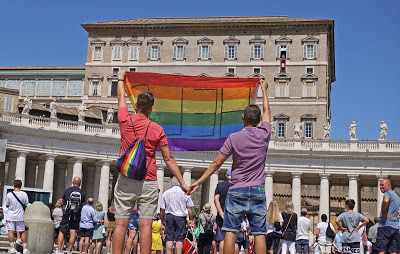