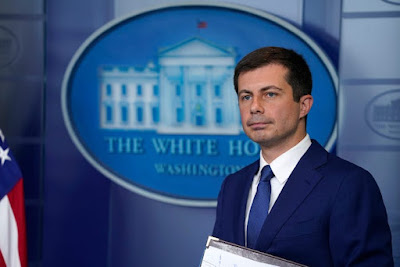 U. S. Secretary of Transportation Pete Buttigieg has slammed Florida’s pending “Don’t Say Gay” legislation proposed by Republicans, saying it tells LGBTQ kids or those with LGBTQ parents there’s something wrong with them.

Buttigieg replied this is an absolutely dangerous legislation: “And the reason is that it tells youth who are different or whose families are different that there’s something wrong with them out of the gate, and I do think that contributes to the shocking levels of suicidal thoughts and suicide attempts among LGBTQ youth.”

The Republican-dominated Senate Education Committee in Florida, has given initial approval to Bill 1834, also known as the "Don't Say Gay" bill. If it comes into force, this bill will ban schools from encouraging "classroom discussion about sexual orientation or gender identity in primary grade levels or in a manner that is not age-appropriate or developmentally appropriate for students."

“Chasten, my husband, pointed out that if our kids someday, some Monday morning, come into class, you know, and kids are sitting around and the teacher’s got the morning circle talking about how everybody’s weekends went, and one of them says, ‘I had the best weekend with my dads,’ is the teacher supposed to say, ‘No, we don’t talk about that here?'” added Buttigieg, who is the father of twins and the first gay dad in the Cabinet.

Critics have said this type of erasure of queer and trans folks from classrooms could lead to a rise in youth suicide rates. LGBTQ young people are four times more likely than their peers to seriously consider, make a plan for, or attempt suicide, according to the Trevor Project.

Biden’s Administration has also issued a strong statement against this legislation pending in Florida, placing itself squarely in the opposition camp. Enough Gov. DeSantis! 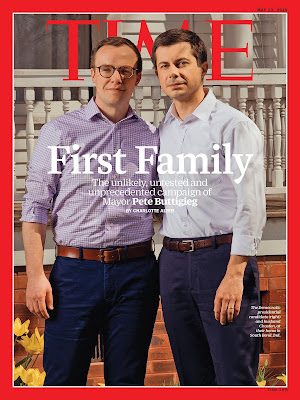