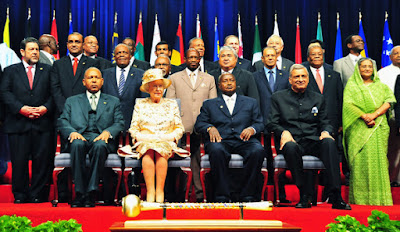 A group of LGBT rights campaigners organised by the Peter Tatchell Foundation protested against the criminalisation of homosexuality on Commonwealth Day. 100,000 people have signed a petition calling on Commonwealth countries to roll back their anti-gay laws.

British colonisers made laws outlawing homosexuality that reflected Britain’s own Victoria penal code in every country they went into. ﻿But while British politicians have shunned the archaic laws, many of the Commonwealth countries still stick to them.

They include 10 years imprisonment and hard labour in Jamaica, 14 years in Kenya, 20 years plus flogging in Malaysia, and 25 years in Trinidad and Tobago. Homosexuality is punishable by death in member states Brunei and the northern part of Nigeria.

India, the most populous nation in the Commonwealth, restored Colonial-era penal code outlawing homosexuality in 2013. 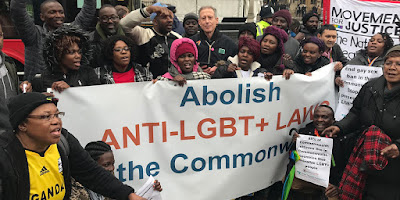 One LGBT protest at Commonwealth Day