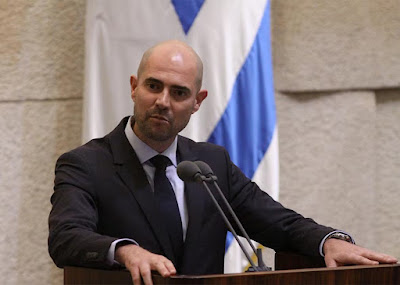 The Israeli Parliament or Knesset has elected Likud MK Amir Ohana as its speaker, shortly before the confidence vote to inaugurate Israel’s 37th government. A former minister in past governments, Ohana is the Knesset’s first openly gay person to hold the role.

Occupying one of the Knesset’s most strategic positions, the speaker wields considerable influence over legislative agenda and pace, as well as running legislative sessions and maintaining decorum in the plenum.

Ohana has previously served as justice minister and public security minister, with his elevation to the former post in 2019 making him Israel’s first openly gay minister.

After being elected speaker, Ohana thanked Netanyahu for his courage and trust in advancing his candidacy, and said he and the Likud leader have “traveled a long way together” and “will, with God’s help, carry on further.”

He also thanked his parents for accepting him “for who I am.” And he thanked his partner, Alon Haddad, “the second half of my life for almost 18 years,” who was there with the couple’s children, Ella and David.

Outside the Parliament, hundreds in Tel Aviv rallied in support of LGBTQ rights after Prime Minister Benjamin Netanyahu was sworn in as the head of what is being called Israel's most right-wing government. Many protesters were speaking out against Netanyahu's allies' proposal to scrap anti-discrimination legislation, effectively allowing businesses and medical providers to deny services to LGBTQ people on the basis of religious beliefs. 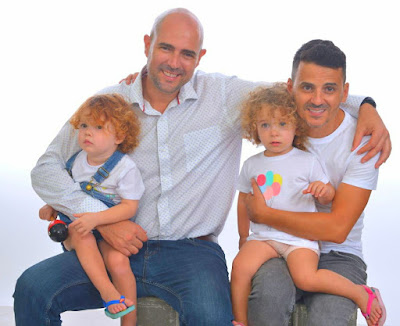