Netanyahu promises to respect the rights to Israeli LGBTQ citizens 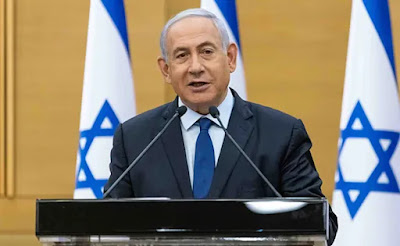 Incoming Prime Minister Benjamin Netanyahu has spoken out amid domestic and international fears about whether the new government would protect the rights of minority Israelis.

Netanyahu promised that his new government would not deny rights to Israeli LGBTQ or Arab citizens in an interview he gave to the US-based National Public Radio, as he explains that as the country's leader he would be the one in charge.

"I will not let anyone do anything to LGBTQ or to deny our Arab citizens their rights or anything like that. It just won't happen, and the test of time will prove that," he said.

Israel is considered the most progressive country in the Mideast regarding LGBTQ rights, they recognize same-sex unions though they still don’t legally allow same-sex marriage. In any case, Israel stands in sharp contrast to the rest of the region and becomes an exception on acceptance of LGBTQ rights.