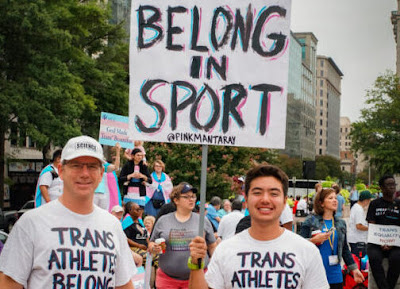 A federal appeals court threw out a case brought by four cisgender high school girls in Connecticut who claimed the state’s trans-inclusive sports policy violated their civil rights and deprived them of a chance to be champions.

In a victory for transgender youth, the Second Circuit Court of Appeals has upheld a student athletic policy in Connecticut allowing transgender students to play on the teams most consistent with their gender identity.

“Today’s ruling is a critical victory for fairness, equality, and inclusion,” said Joshua Block, senior staff attorney for the ACLU’s LGBTQ & HIV Project. “The court rejected the baseless zero-sum arguments presented by the opposition to this policy and ultimately found transgender girls have as much a right to play as cisgender girls under Title IX. This critical victory strikes at the heart of political attacks against transgender youth while helping ensure every young person has the right to play.”

“Trans student athletes belong on our sports teams and in our schools, and all trans youth should be celebrated and protected for who they are. Today, the courts have once again dismissed this lawsuit seeking to attack trans student athletes. The record shows that our clients played by the rules, and the court agreed,” he added.