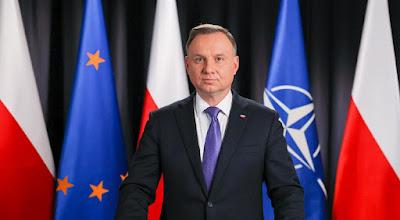 A controversial bill that would further limit access to comprehensive sexual education and anti-LGBTQ discrimination preventative classes in schools in Poland was vetoed by President Andrzej Duda.

The measure would have implemented restrictions on curriculum and school activities, giving the country’s central government more control over the regional school systems and administrative staff.

The legislation was put forward by the majority ruling conservative Law and Justice (PiS) party in Poland’s Parliament, known as the Sejm and Senate. Przemysław Czarnek, the ultra-conservative education minister who backed both bills, has publicly claimed that reforms are needed to “protect children from moral corruption.”

Both measures would give school administrators and superintendents the power to remove books, lessons, and ban student participation in events or clubs that are LGBTQ affirming.

“I refuse to sign this bill. I understand that some people will be disappointed, but a large part of our society will be calmed by this decision,” the Polish president said.

“Entities from all sides of the political scene find points in this act that they have very serious doubts about and against which they protest. Unfortunately, it has not been possible to achieve what I would call a social compromise… The bill has not received wide social acceptance,” he added.