Record 120 cities in the U.S. get highest score on Municipal Equality Index 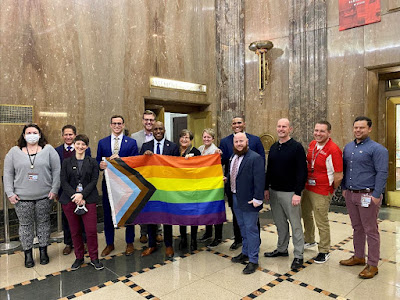 A record 120 cities in the U.S. have earned a perfect 100 score on this year’s Human Rights Campaign Municipal Equality Index, which rates cities on antidiscrimination laws, benefits for public employees, and other factors that contribute to a positive climate for LGBTQ people.

That number is up from 110 in the 2021 index and just 11 in its inaugural year, 2012, illustrating the striking advancements municipalities have made despite some being in states that have seen increased extremist-led anti-LGBTQ rhetoric and legislation.

The index includes cities as small as Rehoboth Beach, Del., population 1,327, and as large as New York City, population 8 million. This year’s index rated 506 cities total, including the nation’s 200 largest cities, all state capitals, the five largest cities in each state, and the cities home to each state’s two largest public universities.

Among the success stories highlighted in the report is Dublin, Ohio, which scored a perfect 100, where its City Council enacted an inclusive municipal nondiscrimination law last year, and the city has added two LGBTQ liaison positions.

The HRC Foundation released the index in partnership with the Equality Federation Institute. Find a list of cities rated here. 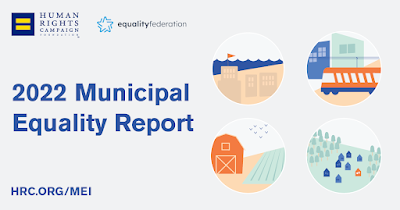