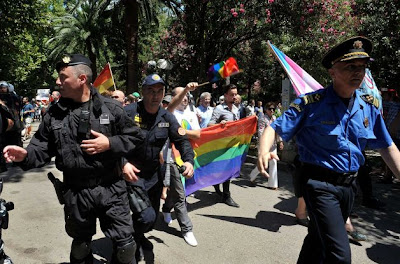 Montenegro has held today its first gay pride parade, in the city of Budva.

In the tiny Adriatic state, gays and lesbians live in isolation, in permanent fear of hate attacks and do not trust the authorities to protect them. In fact, the Montenegrin LGBT Forum Progress tried to organise a gay pride parade two years ago, but eventually cancelled following two attacks on gays in the capital, Podgorica, before the start of the event. They blamed a lack of backing from the government.

Since then, under European Union pressure, the Montenegrin government has adopted measures to protect the LGBT community and improve their rights.

Finally, the first Montenegrin gay pride parade has held today, but hundreds of police have had to protect the participants of event, so they could walk and show publicly their demands on the streets of the coastal town of Budva.

Several hundred of anti-gay protesters, shouting "Kill the gays", attacked LGBT activists and clashed with police in a bid to disrupt the parade. But the activists shouted back "Kiss the gays", and they continued marching by the sea shore under police's protection. Later, police again clashed with smaller groups of violent extremists and arrested some of them.

All support to Montenegrin LGBT community!!! 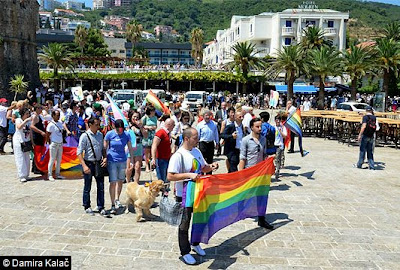 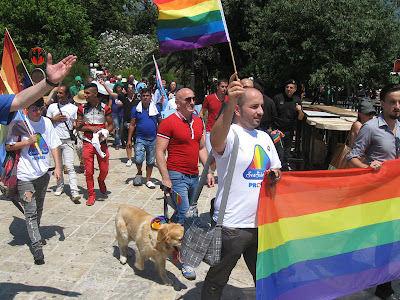 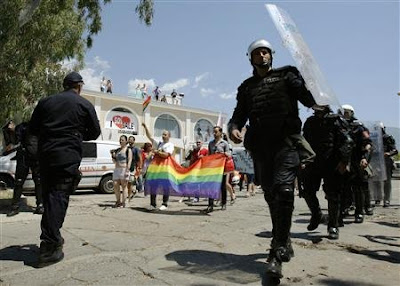 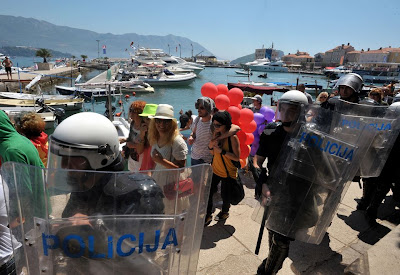 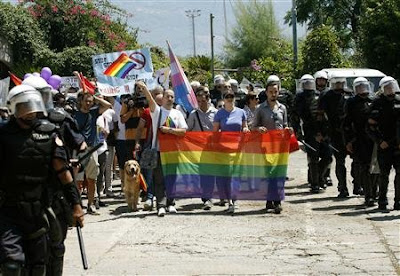 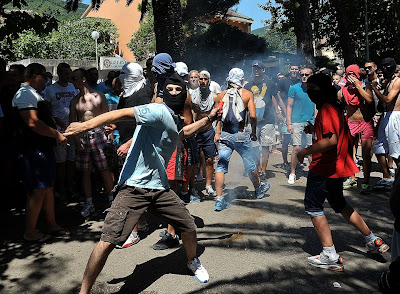 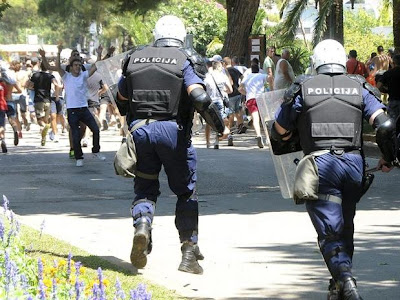 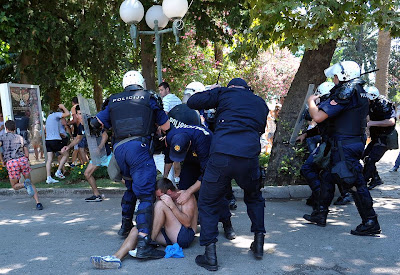 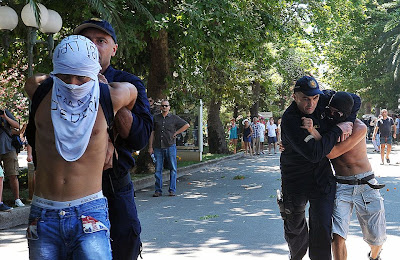