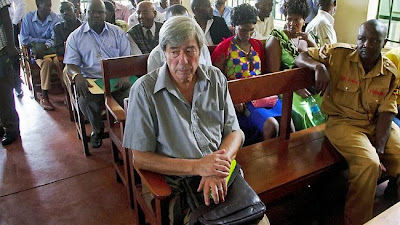 Bernard Randall, originally from Kent (UK), has appeared in court in Uganda accused of possessing a gay sex video, after someone stole a laptop from his house.

Randall has denied a charge of trafficking obscene publications. Remember that homosexual acts are illegal in Uganda, and the British man faces a possible two-year prison sentence if found guilty.

Randall's case has attracted a lot of international attention. Reporters representing media groups from around the world are attending this case.

A demonstration was held in central London to highlight the case, asking freedom for Randall and the end of gay show trials in Uganda.

In Mauritania, Sudan and Nigeria, same-sex sexual activity is punishable by death. And Gambia, Kenya, Tanzania, Uganda and Zambia lead the 38 African countries where homosexuality is punished by imprisonment. 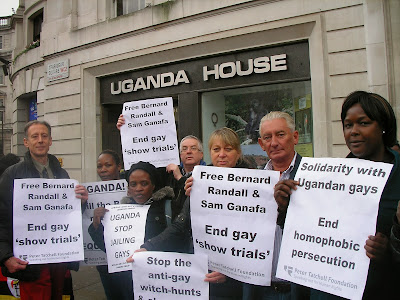