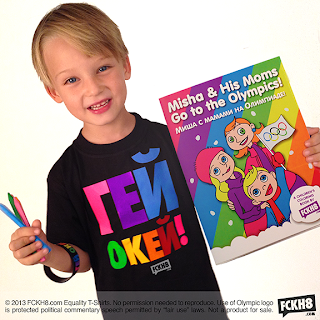 FKCH8.com has launched a campaign to send to Russian children pro-gay coloring books during the 2014 Sochi Winter Olympics.

"Misha & His Moms Go to the Olympics" is a book with several drawings to be colored and to let kids in Russia know that being gay is normal.

Since the law banning the promotion of homosexuality to children was signed by President Vladimir Putin in late June, a lot of protests and demonstrations have taken place around the world.

After passing the law banning gay propaganda, the situation of LGBT people in Russia has become increasingly difficult and the homophobic climate has reached unacceptably levels.

Critics confirm this law effectively bans all gay rights rallies and could be used to prosecute anyone voicing support for homosexuals.

You can download a free printable PDF of this book here. 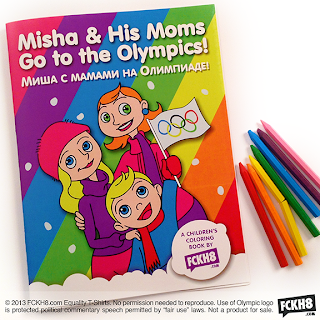 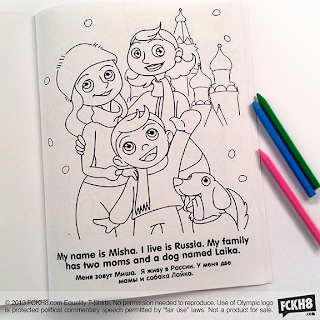 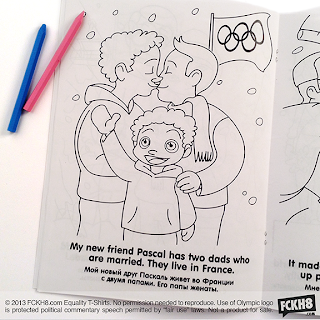 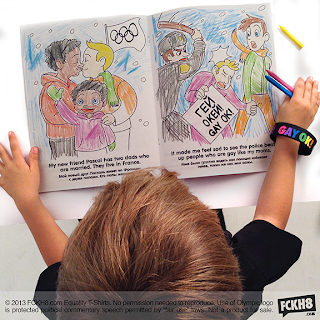