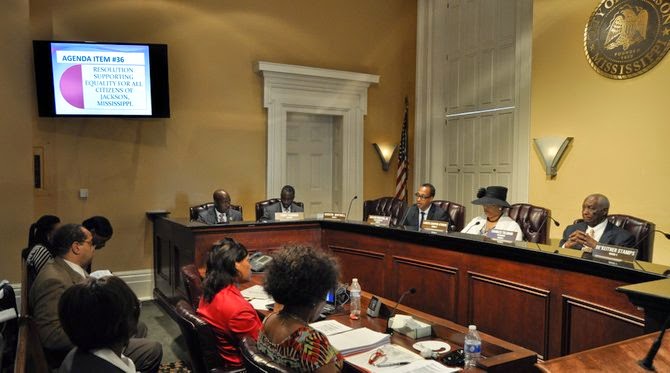 The City Council of the largest city and state capital of Missippi, the most conservative of the 50 States in the very Deep South has just passed a pro LGBT Rights Resolution. Jackson finally passed a resolution affirming equality for all citizens, including the LGBT community.

After more than two hours at today's Jackson City Council meeting, before a packed audience, members voted 3-1 for a "resolution supporting equality for all citizens of Jackson, Mississippi".

Mayor Tony Yarber said early on in his campaign that he did not believe a resolution was the solution to anti-LGBT discrimination; however, near the end of his campaign, he said that he supported human rights for all human beings, leading some to wonder if his opinion about a resolution could change.

You cannot get more bible belt than this. Amazing!