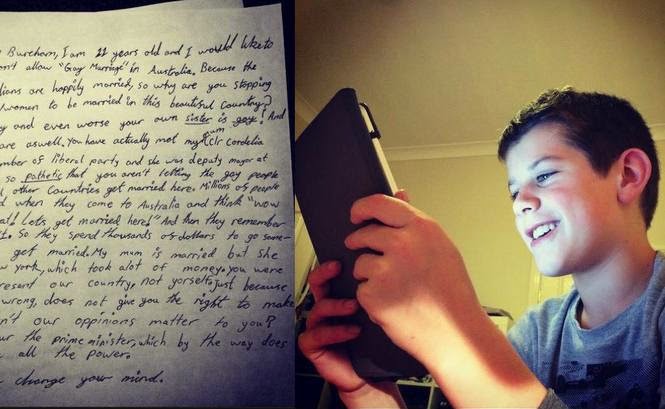 He said to Mr Abbott:

“I would like to know why you don’t allow ‘gay marriage’ in Australia. Because the majority of Australians are happily married, so why are you stopping all the gay men/women to be married in this beautiful country?

You were elected to represent our country, not yourself. My mother is gay and even worse your own sister is gay! And thousands more are as well. You have actually met my mum Councillor Cordelia Troy who is a member of the Liberal Party and she was deputy major at the time.

It is so pathetic that you aren’t letting the gay people of Australia and other countries get married here. Millions of people in the world and when they come to Australia and think ‘wow this place is great let’s get married here!’ And then they remember that they can’t. So they spend thousands of dollars to go somewhere they can get married. My mum is married but she had to go to New York, which took a lot of money.

In response, Mr Abbott thanked Orlando for his letter, but insisted that he would not be changing his mind. The PM exactly wrote:

“Dear Orlando, Thank you for letting me know your views about same sex marriage. I appreciate the deep feelings that many in the community have on either side of the issue. The Government supports the current definition of marriage contained in the Marriage Act 1961. Any change to this policy would be a matter for the Coalition Party Room.

My personal opinion is to support the existing definition of marriage. Though we disagree on this issue, I respect the views you have put forward. Ongoing dialogue between government and citizens keeps our democracy strong.

Thank you again for writing to me”. 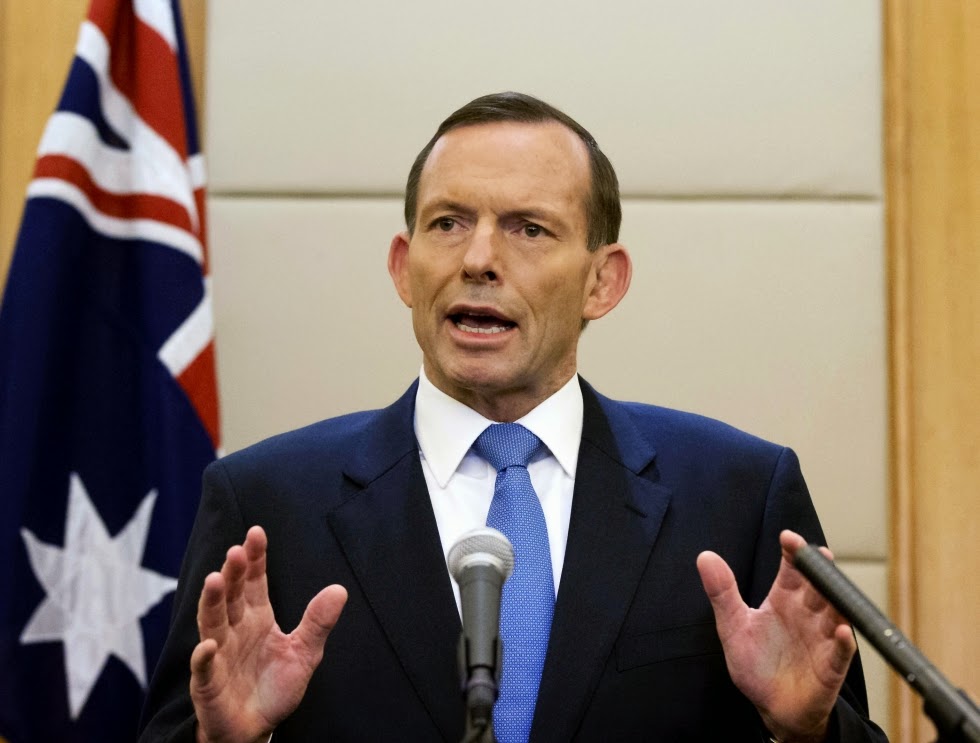