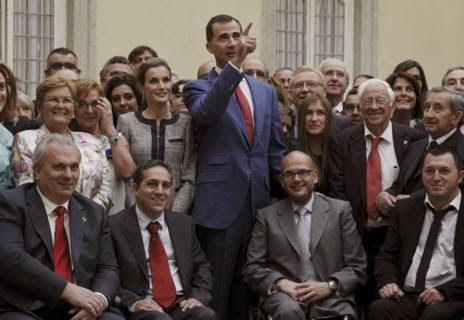 The newly enthroned King and Queen of Spain have received representatives of the LGBT community for the first time.

Highlighting that the groups’ work “deserves to be better known and acknowledged,” King Felipe and Queen Letizia officially received representatives of Spain’s State Federation of Lesbians, Gays, Transsexuals and Bisexuals (SFLGTB), and the Triangle Foundation.

They were received at the El Pardo Palace yesterday, alongside representatives of 350 other NGOs and charities working on social issues.

Remember that Spain is the nation tops a list of 40 countries most accepting of homosexuality, according to a Pew Research Center's Global Views on Morality poll. 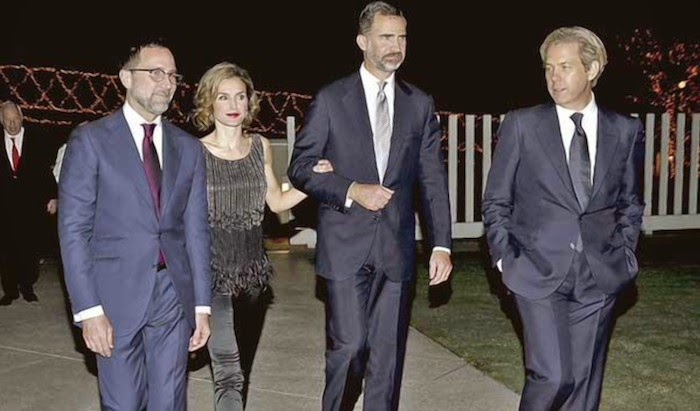 The Spanish monarchs with James Costos,
US Ambassador in Spain, and his husband